2020.10.30
Global trend group NCT (Taeil, Johnny, Yuta, Kun, Doyoung, Ten, Jaehyun, WinWin, Jungwoo, Lucas, Mark, Xiaojun, Hendery, Renjun, Jeno, Haechan, Jaemin, YangYang, Shotaro, Sungchan, Chenle, and Jisung) has confirmed the participation of 23 members in the '2020 Asia Artist Awards' held on November 25th.
NCT, which was listed on the first lineup of '2020 AAA' with NCT 127 on the 15th, will please fans with an unrivaled stage with 23 members including NCT 127, NCT DREAM, WayV as well as newly joined members Sung Chan, and Shotaro.
NCT, who made a comeback with their 2nd album on the 12th, surpassed 1.12 million album sales in a week with 'NCT – The 2nd Album RESONANCE Pt.1'
In addition, NCT showed off its global popularity by ranking 6th on the Billboard 200 in the US and 3rd on the Artist 100. In addition, it proved the hot interest of global fans for NCT, ranking first on the iTunes Top Album Chart in 35 regions around the world, second on the Oricon Weekly Album Chart in Japan, No. 1 on the overseas album chart, and No. 1 on the QQ music digital album sales chart in China.
The music video for the title song'Make A Wish (Birthday Song)' has proven its popularity by surpassing 60 million views in a week after its release.
Written by Mun Wan Sik
Translated by Lee So Yun 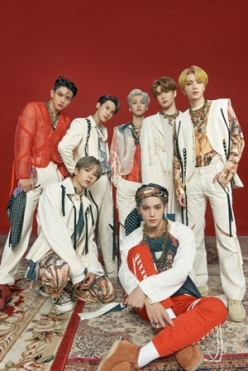