2020.03.24
The music video of Girl Group Black Pink's 'DDU-DU DDU-DU' has exceeded 1.1 billion views on YouTube.
BLACKPINK's 'DDU-DDU-DDU-DDU' broke YouTube's 1.1 billion views at 12:00 on the 24th. It is the first major record set by a group of K-pop men and women. It took about 1 year and 9 months since it was released.
The music video 'Doo-Doo-Doo-Doo' proved the steady love of global fans by setting a new record again this time, reaching 1 billion views just 4 months ago. The popularity of the song is more significant in that it is still in progress.
'DDU-DDU-DDU-DDU' is the title song of Black Pink's first mini-album 'SQUARE UP' in 2018. It raised the cover dance boom of fans, and that year, it ranked first in the 'K-Pop Music Video Viewed Most in the World'.
In addition, through 'Doo-Doo-Doo-Doo', BLACKPINK was the first K-Pop girl group to receive the American Record Industry Association (RIAA) Gold Certification.
Written by Lee Jung Ho
Translated by Lee So Yun 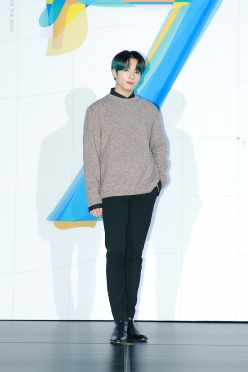